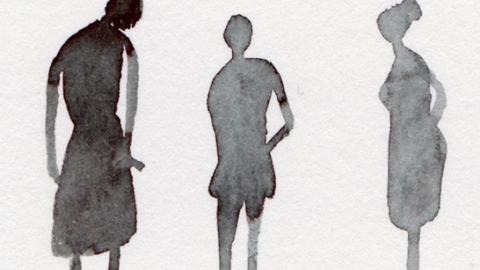 A few months ago, Stone Soup worked in Lisbon with an amazing organisation called Oblatas. They are a religious organisation whose mission is to help women that are in prostitution and those that are victims of human trafficking for sexual exploitation.

We were hired to do an organisational assessment. For a consultant, this is a task that is almost second nature to us. We are used to entering organisations, applying participative methodologies, finding out all the details – the good, the bad (sometimes the ugly) and recommending good practices. Simple? Maybe in some cases. But as not all organisations are the same, not all procedures could be equal.

Oblatas are nuns. They have an organisation where technicians and nuns work together. They convey their Christian values, and live based on them, but they never pass judgement. Nor on their staff nor on the women they help. They are a quite controversial organisation. Nuns that work with women prostitutes that hand out free condoms in their field work. Many do not understand it, some condemn it, but some also appreciate the way they are truly concerned with the women’s wellbeing. So concerned that they are willing to leave moral judgement behind.

So why speak of this when speaking of an organisational assessment? Because people and organisations are living and breathing beings and the consultant that stays in an office trying to look at them through a lens of formal practice may never understand them. That is why the Stone Soup team went to the street. We saw the team interact with these women. We saw the women complain, unburden and laugh. It was like witnessing two good friends that crossed each other on the street. Never does the team offer more help than asked for. It was so interesting to witness how their methodology works.

We also had the privilege to interview the women. There was one woman whose story was particularly striking. She had met the team eight years ago. She developed a relationship with them. First they gave her condoms, then a biscuit, and on a rainy and cold day a bit of tea. They spoke with her for those eight years, listening. Really listening. The girl told us that she knew there was a centre where she could find some additional help, but she felt unworthily of it. Her boyfriend told her, everyday, that she amounted to nothing. After a while she believed him. She had such low esteem that she thought that nobody should spend their time helping her. So she hesitated. But after eight years, she finally felt that maybe she could try. She now works at a restaurant and says in a very enthusiastic way that Oblatas saved her life. Her smile and eyes told us the rest of the story.

Not all the PEST and SWOT analyses of the word could convey the true story of this organisation. Without speaking to the women, without witnessing the team at work, we could have never understood the true meaning of this organisation. This shed light into many procedural and management issues that we could have never understood. We looked at the staff in new light too. There was a sense of full understanding. Then we could revert back to “consultant mode” and speak of good practices. Work in groups, polish the organisational issues. We had a context now.

And that is why an assessment is much more than an assessment. When you are willing to open your minds and not pass judgement. Oblatas style.